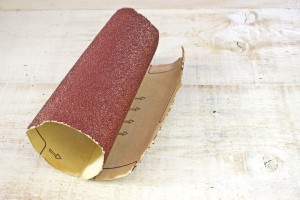 I saw a piece in CLO magazine about grit. That companies want people with grit. People who’ve been able to make it through tough times. The article defined grit as passion and perseverance with long-term goals. Now that doesn’t exactly roll off the tongue for me. I like acronyms. So here’s what grit means to me.

Resilience: this, in my opinion, is the key difference between success and failure. You will have setbacks. It’s how you deal with them that sets you apart and will make you successful. Sheila Wellington said it best. “It’s not how far you fall, it’s how high you bounce.”

Insistence: everyone else says it can’t be done and you keep going. A belief and a willingness to go in the direction you believe in spite of the naysayers. A saying attributed to George Bernard Shaw says, “People who say it cannot be done should not interrupt those who are doing it.” People with grit get things done.

Tenacity: stick with it. If resilience is bouncing back from adversity, then tenacity is the toughness to keep slogging along because you believe in your goal. Oprah Winfrey said, “Whatever your goal, you can get there if you’re willing to work.” I promise it won’t always be easy, but people with grit keep going.

So I’ll agree with the author, I like employees with GRIT, especially resilience. Because if you’ve never come up against any resistance, you’ll never know exactly how much you can achieve,

3 thoughts on “Employees with GRIT”