More courage from managers is what I’ve been saying we need. Sometimes, it’s the courage to perhaps look foolish as you lead by example. A willingness to do what others might question.

If you know anything about the Upper East Side of Manhattan, you know it’s a pretty affluent area. Many of the clientele in stores are rather well-off women with the kinds of 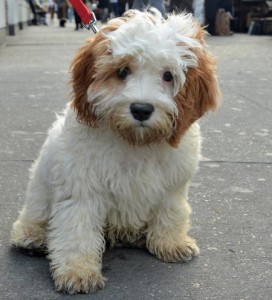 dogs that you can fit in a purse. Well, one time a well-thought-of client’s poodle left a puddle when he piddled. Okay, you’re the manager, what do you do? Ask someone to take care of it? Order someone to clean that up? A manager whom I know took care of it this way. He cleaned it up himself. Sure, he could have asked, or ordered, a staff person to do it. He cleaned it up himself. He would never ask someone on his staff to do something he wouldn’t do himself.

Maybe he looked foolish on his hands and knees in his suit cleaning up after a little dog. Maybe other customers thought it looked odd to see the manager cleaning up a dog’s accident. I think he impressed the customer whose dog it was and it cemented her loyalty to the place. And I know it said an awful lot to the staff. How could they say, “No” to anything the manager might ask them to do?  Not after he’d courageously led by example. He’d cemented his position as their manager, and had cemented their loyalty to him.

Having the courage to do what others might not, or might not think is something a manager ought to do, is a big part of leading by example. And it takes courage.