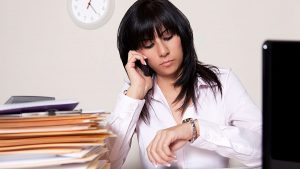 I was just reading an article about wait times when calling an airline to resolve a problem; a delay, cancellation, or need for rebooking a flight. Telephone wait times frequently exceed 90 minutes and in some cases were in excess of 4 hours. Airlines provided little explanation other than not having enough customer service reps. These same airlines had eliminated countless customer service rep positions during the pandemic when the number of travelers plummeted. So there’s one staffing problem, but not the one that came to mind for me.

Possibly the worst part of a job search is waiting for a response. Whether it’s after an application, a first round interview, or a meeting with the hiring manager. All are frustrating but the worst is as the process nears its end. You’ve been through countless rounds of interviews. You’ve been told you are one of if not the top candidate. You’ve tactfully inquired as to where they are in the decision-making process and been assured that they’ve completed all interviews and will be making a. decision shortly.

Hours turn into days turn into weeks. What are they waiting for? There are lots of explanations, and none of them fully acceptable.

Whatever the reason the thing to remember is that all of this has nothing to do with you! While you’re waiting and driving yourself and your loved ones crazy, you’ll manufacture all sorts of insidious reasons or self-defeating theories about why it’s taking so long. Most of these start or end with, “I’m not good enough.” And nothing could be further from the truth.

The hiring manager has a To-Do list longer than a CVS receipt and finalizing the decision and getting you onboard is just one thing on that list. Compared to getting back to an irate customer, resolving a conflict between employees, or soothing the bruised ego of their best salesperson, getting back to you simply falls to the back of the queue.

So strange as it may seem, it’s not about you. Try not to take the delay personally, though it sure feels personal. Keep in contact politely and persistently with HR, the hiring manager and any of the contacts you have in your network who can advocate for you. Don’t give up just because it’s taking waaaaaay longer than you think it should or that it has. Sometimes it feels like landing that next job would take a miracle. You’re in the homestretch. Your flight is boarding. Don’t give up five minutes before the miracle. 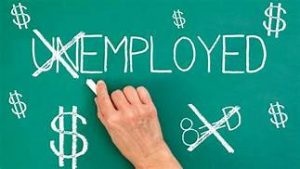 One thought on “What are they waiting for?”