Here’s a question that came my way about recent grads’ first days on a first job.

“What are some common mistakes that you see young professionals make when they are new on the job? Any tips on how they can navigate this crucial time period more easily?”

One of the biggest mistakes I’ve seen is assuming that any system on which you rely will work the way it’s supposed to. Check and double check everything before you submit it. Your new organization’s system was programmed by people, and people make mistakes. Just because the data came from the organization’s system doesn’t mean it’s correct, or more importantly, what the person requesting the information wants. Be clear when given an assignment.

A second mistake is leaving things to the last second. Things go wrong, system availability gets limited, you get called into a meeting, or the work simply takes longer than you expected. Pulling an “all-nighter” is likely no longer an option. Deadlines at work are very important and missing them is a way to get a blemish on your reputation that will be very hard to erase. Give yourself a deadline two days ahead of the project deadline. In addition, if completing your work is dependent on someone else doing their work first, keep in close contact with that person to ensure that they will get you what you need in time for you to do your part of the project.

Finally, remember Ben Franklin’s advice. “We are given two ears and one mouth and should endeavor to use them in proportion.” No one ever “listened” their way out of a job but many have talked their way out.

What did you learn in your first days on the job? If you have any good “lessons learned” please share them in the comments for all to see.

Here’s a great infographic from the wonderful Eva Rykrsmith. A quick overview of how to run more effective meetings. These ideas apply whether the meetings are F2F or virtual.  http://quickbase.intuit.com/blog/2013/03/20/tips-for-running-effective-meetings/

Have a look and feel free to share these at your office.

There was an article in the NY Times about companies reluctance to hire even as business and the economy are on the upswing. http://nyti.ms/15y35Jv

My Tweet at the time was, “Employers waste time and lose good candidates while hunting purple squirrels.” 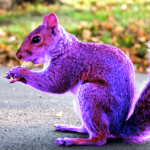 Managers, and often their HR/recruiting professionals, are too often afraid to hire someone either because they’re afraid of making a hiring mistake (and they get so few chances to hire someone these days they think they can’t afford to), they’re not confident that the upswing in the economy will continue, or their hiring skills have atrophied to the point that they no longer know how to make a hiring decision.

There’s been a lot of uproar the past few weeks about work. Who’s doing it, how many people are doing it, and where they’re doing it. Much of this was provoked by Marissa Mayer’s pronouncement revoking working at home for most Yahoos. But it’s more than that.

I’ll start by saying that I disagree with Ms. Mayer’s decision. I think it was too broad an approach to whatever she believes is preventing Yahoo from resuming its previous position in the cyberworld. I’m sure some Yahoos were abusing the privilege, but I believe that many more were producing the calibre of work they were because of the flexibility policy in place.

Today, work is no longer where you go but what you do. To be successful in today’s global economy, or in your local economy, you have to produce results. And it goes beyond the workplace. Take a look at the revolution at universities. The explosion of MOOC’s, and their acceptance in academia, shows that it’s less and less about where you learn and more important what you learn. As Thomas Friedman pointed out in a recent column in the NY Times, colleges must move from a model of “time served” to one of “stuff learned.”  Here’s the link. http://www.nytimes.com/2013/03/06/opinion/friedman-the-professors-big-stage.html?_r=0

Knowledge is a fluid commodity. You don’t need to know everything because there’s Google or your preferred search engine. Of course Google is so ubiquitous there’s even a site http://lmgtfy.com, which stands for Let Me Google That For You.

You no longer need to know everything. You just have to be able to get the work done. The idea that everyone needs to be in one place to achieve extraordinary results is passé. There are times when it’s of value, but ignoring the realities of time zones, biorhythms, and work habits will move an organization precariously close to the precipice of oblivion. That’s just not how work will get done. And that’s the bottom line.