Someone whom I was coaching brought this to my attention. Her manager had rated her “Low” (he company’s scale is “High,” “Mid-range,” “Low”) when she failed to achieve a goal. In the write-up it stated (this is a paraphrase) that the employee was rated “Low” because while standards or timeline for completion hadn’t been defined, she failed to meet the standards for this project. A project that the manager acknowledged that no one else had been successful in completing either. Finally, it said that while the instructions about how the project was to have been completed were ambiguous, someone at her level should have been able to figure something out.

So in effect the employee was rated “Low” when:

But I’m sure it wasn’t the manager’s fault… 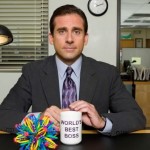