Adam Tang circumnavigated the island of Manhattan in 24 minutes.

Almost anyone who’s driven in New York City knows this is impossible. I personally have spent 24 minutes trying to go one block at 5 PM in midtown.

Adam is a skilled driver who wanted to set a speed record for driving around the entire island of Manhattan. He has talent. He has nerve. He has a fast car. He posted a video of his trip on YouTube that got him a lot of attention. He expected to get a speeding ticket when his escapade came to light and he freely admitted that he’d violated traffic laws. What he didn’t expect was to be given a jail sentence of up to one year in prison for reckless endangerment. He maintains his innocence on this charge. He says he didn’t endanger anyone and points to the fact the neither he nor anyone else had an automobile accident as a result of his stunt. The jury felt otherwise. They said, “he had disregarded the safety of others, particularly as he sped across the Cross Bronx Expressway and raced down the crowded Harlem River Drive, toward the end of his circuit. There he tailgated cars and sliced in and out of lanes, cutting off other drivers.” You can see this for yourself on the video.

And the truth is, Adam didn’t achieve his goal. He said he wanted to drive around the entire island of Manhattan. But on his northbound loop he cut across Manhattan at 178th Street. Any born and bred New Yorker (like me) knows that Manhattan extends all the way up to 220th Street. And any tough NYC manager  (like me) would say to Adam, “You failed to meet the standards AND your goal.” And as another tough New York manager would say, “You’re fired!” 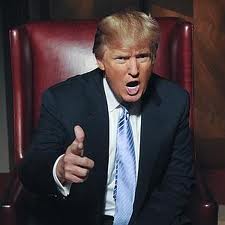