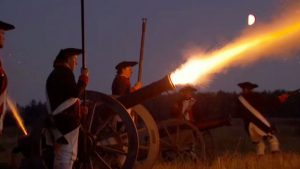 Next week, in the U.S., we’ll celebrate Independence Day. Two hundred forty years ago the founding fathers, and the strong women who stood by them, made it possible for these brave people to found our nation, declaring themselves free and independent. They stepped out into the unknown “with a firm reliance on the protection of divine Providence” and little else but their beliefs that they were doing the right thing. They believed in their goals, their actions and their abilities.
So my question for you is, from what are you declaring your independence? As you begin, continue or re-energize your job search, are you moving forward with confidence in your goals, actions and abilities?
Now is the time to declare yourself independent of fears, of doubts, of despair. These will not aid you in finding your next job. Know what you want, move confidently in the direction of your dreams and have confidence in both your abilities and your actions. Employers prefer to hire people with confidence. You may make missteps but one of the keys to success is when you get knocked down, don’t stay down. Learn from your mistakes and move forward, confident in what you’ve learned and how that will help you next time. It’s not how far you fall, what’s important is how high you bounce.
And remember that you are not alone. You have the support of the people around you. Cultivate your support network. Reach out to people who can help you define your goals, categorize your abilities and achieve your dreams. Declare yourself independent of whatever is holding you back, remember the fortitude of our founding fathers, and take the steps to personal independence.
Happy Independence Day!

That was the lead in this column by Eduardo Porter in the New York Times. Thirty-five years ago people debated whether machines, technology, would ever replace humans in the workforce. Many respected economists dismissed the idea until the great economist Wassily Leontief made his analogy regarding equines.

The rest of the very interesting column discussed universal income and other aspects of the economy. I kept thinking about jobs. 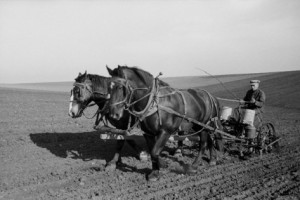 Because horses were replaced. Their jobs went away. And they never came back. Oh sure, there are a few horses still in use today. Under two million, down from over 20 million at the time when the automobile and the tractor pretty much put them out to pasture. Over 90% of their jobs went away in the span of just a few decades.

What we need to learn from our hard-working, four-legged co-workers is that when jobs go away, whether it’s because technology has automated the work or the demand for a product shrinks, those jobs aren’t coming back. So you have a choice. You can hang on dearly hoping that somehow you won’t be affected (you will be), you can mourn the fact that your job no longer exists (you won’t bring it back) or you can adapt.

You’ve really no choice but to adapt. Figure out what you will do next. Because as certain jobs exit, others come along and replace them. There are no SEO specialists with 20 years experience. Ten years ago no one had a job monitoring tweets. The skills, the people required for those jobs were found in other industries and were adapted to the needs of these new functions. The people who filled these newly created jobs were the ones willing to adapt rather than mourn what was lost. And they’ll have the last laugh. 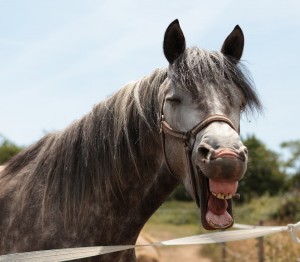