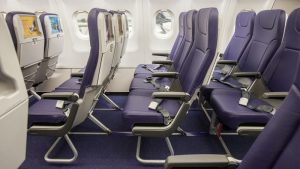 More and more it seems that the more you pay the less you get. On a recent flight, if I wanted to pick my seat before I arrived at the airport on the day of the flight, there was an additional charge. I’m not talking about getting an upgrade or extra legroom; I’m just talking about picking a seat. Really? It sure seemed like coercion. “Oh, yes, you’re paying to get on our plane but without a few more dollars we get to decide where you’re going to sit. How about row 39, middle seat?” Now it all turned out okay and it was a lovely flight but not because of the airline. It was because of the people. 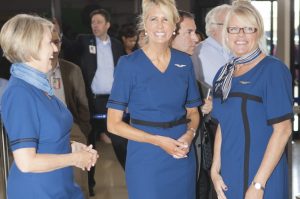 When you get right down to it, whether it’s Delta, American, United or any other airline, the plane is pretty much the same. What differentiates one airline from another is the people, the service you get on board and at the gate. That’s why so many people are fans of Southwest. Some Southwest patrons actually look forward to their flights!

Sam Walton famously said, “Treat your employees the way you’d like them to treat your best customers.” Okay, that may have been a long time ago and I know that Wal-Mart has made the news lately over the way their employees are treated at some locations. But let’s look at the underlying philosophy.

Employees look to their managers and leaders as role models for how to behave. What are you showing to your employees? We’re no longer in a manufacturing or agricultural economy. Everything today is about customer service and information. Bill Gates said, “Whoever has the best information, wins.” I believe that the best service wins, assuming that everything else, like which plane you’re on, is relatively equal. Every person in your organization must be a superior customer service representative of your company. I’ve heard people in some functions say, “I’m not customer facing.” Here are two things I know. One, if your employees aren’t serving the customer, they’re serving someone who is. Two, if employees are not giving good service to their customers, internal or external, then your external customers will go elsewhere to get the service they want.

Just about everyone has heard, at one time or other, some senior leader pontificate that, “People are our most important asset.” It’s been repeated so often it’s become a bitter punch line in some organizations. But people really are the key differentiator between you and your competition. The companies that find, retain and develop the best people are the ones who reap the greatest profitability per employee. Companies need to invest in developing their people rather than spending their resources on churning through staff. When I was a recruiting manager, I never complained about filling a position. I did get annoyed at having to fill it repeatedly because the manager had driven away another good employee.

Training managers in how to treat their people is one of the best investments an organization can make. The organization will save on staffing and training because your managers won’t just be managers.  As they model the behavior they want staff to demonstrate, they’ll also be trainers developing their people. And that’s where it all begins and ends.