I was recently interviewed on ERE.net about the intersection of hiring and spirituality. Seems when Robert Kraft, the owner of the New England Patriots, spoke with the media about hiring Tebow, he cited Tebow’s well-known spirituality as one of the motivations to hire him. The clip is only about ten minutes, see what you think and share your thoughts.

Welcome to possibly the best educated class ever to march to “Pomp and Circumstance”! Are you ready for them? Better question may be, are they ready to work? 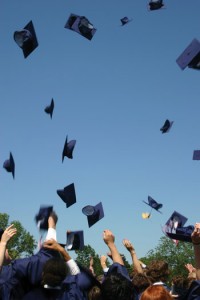 This is the first class that completed their university years entirely during the current economic condition. One would think they’d hit the ground running, rarin’ to jumpstart those careers. Surprisingly, a survey conducted by Achievers and ConnectEDU (http://www.achievers.com/resource/whitepaper/class-of-2013) found that fully 46% of this class has never held a full time job. About 10% has never even held a part time job (I guess it was all those music lessons and soccer practices). And 41% have never had an internship. So how prepared are they to assume positions in the workforce. Part of me says woefully so. Yet they are wildly optimistic about their prospects. Over two-thirds are confident that they will be able to find jobs in their field. Only 5% want to work in large firms (more than 5,000 employees) and fully 80% of them expect that they will receive lots of immediate feedback on their performance. Both they and their managers are in for a rude awakening.

Because they will not find that securing a job is as easy as they expect, and they will not get nearly as much hand-holding or feedback as they might like. On the other hand, I pity the manager that does not look at the expectations of the emerging workforce and adapt the way they run their shop. This is not a workforce that believes in or will tolerate a pure “command & control” workplace. They have voices and they expect to use them. Managers will do themselves and their organizations a big favor by paying attention to the expectations of the class of 2013. Our and their future depend on finding a path that meets the needs of both. 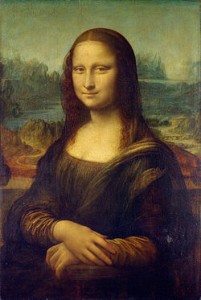 Just when you thought the situation for job seekers couldn’t get any worse, a new wrinkle appears. It seems that BeautifulPeople.com, an online dating service, has decided to expand their services and offer what it thinks employers are clamoring for.

Beautiful employees. Not necessarily skilled or talented, just beautiful. Now I’m not saying that beautiful people can’t be or aren’t talented or skilled. Just look at that handsome mug at the top of my blog page! But seriously, since when did looks become a valid selection criteria? Here’s a link to an article about this new phenomenon:
http://www.hrhero.com/hl/articles/2013/06/14/pretty-or-plain-what-matters-when-employers-evaluate-jobseekers/?utm_source=HRHero&utm_medium=Email&utm_campaign=HeroLine

It seems that there is an unspoken, anecdotal belief that companies hire on looks and prefer to hire people who are deemed beautiful by today’s standards. Now there may even be some truth to this but to come right out and say that you are providing businesses with a service by making it easier for them to hire so-called beautiful people to help their bottom line? Let’s not even get into the potential ADA implications, but can a company seriously defend their hiring practices by saying they hired the person they thought was hotter?

I hope you are as angered by this practice as I am. I’m not saying this doesn’t happen. It’s been happening since the first manager chased a secretary around a desk. But we don’t have to condone it. Personally, if I found that a company was using the BeautifulPeople jobs portal as their sole sourcing and recruiting pool, I’d think about taking my business elsewhere.

Economists project that we need approximately 165,000 jobs created every month to keep the unemployment rate stable. In May there were more than 165K jobs created, but the rate went up. Some months there are less and the rate goes down.

And that’s the real unemployment rate.

The May unemployment numbers came out on Friday. 175,000 jobs were created, slightly better than projected. The unemployment rate crept up from 7.5% to 7.6%.

We need a steady 225K jobs a month for six months to a year to start to make a dent. But even if hiring was steadily 50,000+ over what we need to maintain the rate, that would reduce the number of unemployed people by less than a million. It’s almost like the rate doesn’t mean anything anymore.

There are still almost 12 million people out there who are under or unemployed. Not 12 million unemployed — 12 million individuals who don’t have a job and want one. It doesn’t help to brand people with a label because lately it seems that “unemployed” quickly translates to “unemployable.”

Companies from Apple to Zappos have come up with creative strategies to find people and get them back to work. Einstein allegedly said, “We cannot solve our problems with the same level of thinking that created them.” We need to identify not just best practices, but next practices. The next big idea to get hiring going. Companies must realize that they can no longer improve their bottom line by simply cutting headcount. The key to sustainable success is getting the right people in the right jobs. Then we’ll be on our way.

I’d love to hear what creative strategies you’re implementing or trying to use at your company.

Only the best
Ron

Did you find HR or did HR find you?

It’s an interesting field we’re in and this is a question I like to ask HR people. How the heck did we wind up here in the first place? I like to say that I found HR. I was managing a department for a non-profit organization and considering the salary I felt like a non-profit myself. So I did an analysis of every aspect of my job (not even realizing that this was a very HR-like activity) and found that all the parts of the job I liked fell under an umbrella called human resources. Before I started this process I don’t think I even knew there was such a field. But I did my own recruiting and training for the department, handled whatever issues arose among the team, restructured responsibilities according to people’s abilities, and did the occasional termination. I was an HR person before I even knew it. So I went back to school to complete the transition and twenty-five years later, here I am.

I’ve met a lot of other people who seemed to have fallen, meandered, or been pushed into HR because of what was going on in their organization. There was the accountant who was as good with people as she was with numbers so when the HR Manager at her firm left they told her she was now running that department along with her own. I know a couple of office managers who, as their organizations grew, morphed into HR positions simply because they knew everyone and had processed everyone’s paperwork. Admin assistants have managed this same trick, often via benefits because they’re the ones who helped everyone fill out the forms.

The path to HR is not cut and dried. It’s certainly evolved from the days when all Personnel had to do was make sure that everyone got paid on time and there was plenty of cold beer and watermelon at the company picnic. Our profession has gotten more specialized yet it sometimes seems that there are as many ways to become an HR professional as there are HR professionals. More and more people study human resources in college or graduate school and certification is both a path and a goal. And yet at conferences I still meet a lot of people who say, “I never planned to be in HR.”

So how did you wind up in HR? Please share your story below because there’s a lot we can learn from each other’s journey.