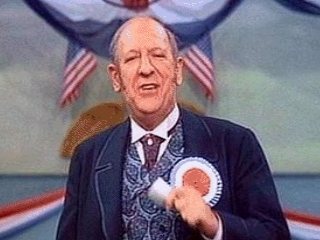 So says Mayor Shinn in “The Music Man.” Sound advice when devising a ratings scale for your performance management system. There’s pretty much general agreement that we need to move away from the old numbering system that took a hold of organizations for decades. In defense of numbers though, at least it was clear where you stood in the manager’s opinion.

Instead we’ve been blessed with a waterfall of words that often cloud the manager’s intent more than clarify it. Quiz time!

Which is better? (taken from an actual appraisal I saw)

Pencils down! If you answered “B”, go take a celebratory lap around the office and get me a cup of coffee while you’re up. This organization had backed so far away from telling employees where they stood that no one recognized a need to improve. Needless to say the organization was floundering, hence the need to bring in a performance consultant (me!). If you’re curious the order of these top three ratings were Superior, Outstanding, Vastly Proficient followed by Meets and then Somewhat Meets. It’s like Lake Woebegone where all the children are above average.

Your employees are not children. They’re adults who crave feedback. How many of you go to work each day to do a lousy job. What, no hands? Of course not. Your employees feel the same way. For the most part, they come to work to be productive, put in an honest day’s work and feel that they’ve made a contribution. Okay, I know Homer Simpson is lurking out there somewhere, but I don’t think even Homer thought he was doing so bad. Not with the kind of feedback he was getting from Mr. Burns.

Base your performance feedback and ratings on carefully determined measurable, controllable, achievable SMARTS goals and then, using the four tier scale I mentioned in my last post, “Exceeds Standards”, “Meets Standards”, “Partially Meets Standards”, and “Does Not Meet Standards” you’re leading the band to better management.

Wait, did he say SMARTS goals?
Doesn’t he mean SMART goals?
Heavens to Drucker, next post!

Now you may have thought from my last post when I railed about the often ineffectiveness of the ubiquitous five point evaluation scale that I favored a GE-style three tier system. Not at all. Interestingly, many of the comments I received talked about how some organizations have done away with numeric scales entirely and use descriptive phrases. Not once in my last post did I mention using a numeric scale, and I agree that applying seemingly arbitrary numbers does more harm than good. But don’t fool yourself. Using adjectives from “superior” or “outstanding” down to “unacceptable” or “unsatisfactory” is the same as telling someone that they’re a 1 or a 5. Everyone correlates those words to a number. They can’t help themselves. The inefficiency of some appraisal phrasing is the topic for another time, right now I want to share the evaluation framework I advocate. 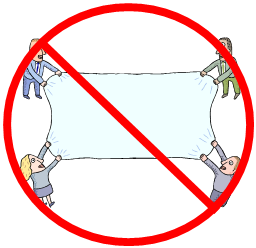 A key objective of a manager’s job is to manage the performance of the team. Setting clear, measurable goals and then communicating with employees about how they’re doing on meeting those goals are two  crucial roles in meeting the manager’s goal.