Note: This post was written and posted the day before the horrific attack on the Marine Recruiting Center in Chattanooga, TN. It is in no way meant to demean or make light of the terrible suffering of the U.S. Marines or the family, friends and comrades in arms of the fallen.

There was a three-plus hour outage at the New York Stock Exchange last week.

In an article in the NY Times today it was reported that one of the first things that the Intercontinental Exchange (ICE) did after they bought the NYSE in 2012 was cut hundreds of experienced managers and staff from the New York location. The remaining staff, less experienced and no doubt less expensive,  was wholly unprepared to deal with the crisis. ICE staff from Atlanta was supposed to be able to handle situations like these but clearly were unable to, as traders languished outside the exchange receiving precious little information about what was going on. 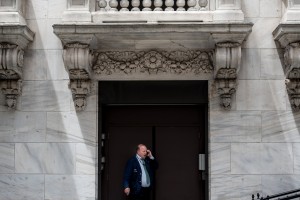 This seems to be another example of a distant corporate parent failing to recognize the need for talented people to run the business. Sure it seemed like there were more staff than necessary but to start cutting heads before you fully know how you’ll keep the doors open seems insane. One of the rationalizations for the layoffs was that ICE was to install a new system that would be managed and maintained from Atlanta. However three years later that system is still not fully functional and when the existing system went down they didn’t have the staff or know how in place to quickly bring the system back up.

So we don’t need to worry about threats from far off lands. The greed that exists in the boardrooms of too many corporations is the greatest threat to our economy.