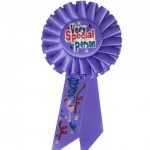 I listened to a presentation recently about HR succession management. The main thrust of it was that while HR makes sure everyone else in the organization was carefully planning the future leadership of the organization, HR was singular in its lack of planning. Seems that while HR made everyone else do it, no one made HR do it and as a result barely more than a third of top HR people (CHRO’s) were promoted internally to that lofty position. The presenters were going to tell us why.

They pointed at all the things necessary for someone to be ready to take the reins at the top of HR. Breadth of HR knowledge, understanding of the various lines of business, solid relationships across and throughout the organization. And their conclusion was that it takes seven to ten years to properly groom a successor to the top position in HR.

Excuse me? Now I’ll agree with their premise that this is not something that can be done in 12 to 18 months, but seven to ten YEARS? And that’s the reason they gave for the lack of HR succession planning. That it took so long.

How about this. Maybe no one wants to sign on to wait that long to take on a serious senior strategic role? I’m not denying that there’s a lot to learn but what do those other two thirds of the companies do when they need a new CHRO? They go out and hire one. I’ll venture that as long as people believe it takes close to a decade to be prepared for this job that we aren’t going to see people flocking to the opportunity. How many people currently working in any job are certain that they’ll still be working for that company in ten years? How many are certain their companies will even exist?

As long as we accept the belief that seven to ten years are required to develop a CHRO we aren’t going to see a whole lot of internal promotions. Further, organizations don’t have enough respect for our function to invest in seven to ten years worth of development. It’s easier, and maybe more cost effective, to just go out and buy one.

We’re not so special in HR that it takes so long to develop a senior or superior level of expertise worthy of the C suite. We need to do all the things the presenters mentioned, but we need to do it quicker. We need to show a greater agility. The idea that an organization will take someone with perhaps ten years with the organization and say, “Now we’re going to start an eight year grooming process should we possibly need you to be our next CHRO” is out of step with the way business is done today. It’s so last century.

The last bullet on the presenters’ last slide suggested that to promote more internal succession to CHRO we might consider “Tightening the development cycle.” Ya think?