Managers need the courage to fail. Without failure, there is no success. 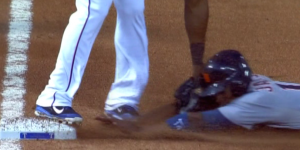 Ships in harbor are safe, but that’s not what ships are built for. We need managers unafraid to step outside their comfort zone. Billy Martin, when managing the NY Yankees, would fine players who didn’t get picked off first base at least once during spring training, when the games didn’t count. It’s not that he wanted them to fail, he wanted them to learn the extent of their abilities.

We learn more from our failures than we do from our successes. The manager who fails to point out an error to an employee has just doomed that employee to repeated failure. And the manager usually gets pretty steamed when the person keeps making the same mistake. The second, and perhaps third, fourth and fifth, error belong to the manager. The manager didn’t have the courage to give that person the feedback necessary to correct the error. Please don’t give me the excuses for not giving feedback, I’ve heard them all more times than reality TV show judges say, “Wow!”.

Whether it’s giving feedback or trying a new strategy, managers must have the courage to fail if they are ever to succeed. After you’ve landed face down in the dirt a few times you’ll have both the knowledge and the resolve not to let that happen again. 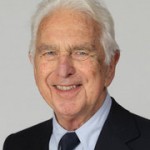 Warren Bennis, one of the premier thinkers on leadership passed away this month. I remember reading, “On Becoming a Leader” almost 25 years ago and his words still resonate today. Bennis said, “The leader wonders about everything, wants to learn as much as he can, is willing to take risks, experiment, try new things. He does not worry about failure but embraces errors, knowing he will learn from them.”

Bennis was talking about managers and leaders having courage, a willingness to fail as a  steppingstone to improvement. He believed in leadership, and he believed in the future leaders of our world and our economy. He counseled presidents, CEO’s and students.  He was an optimist who saw improvement as the goal and was unwilling to accept mediocrity. He had faith in the next generation of leaders and he will be missed.

Did you know there’s a quantifiable cost of bad management? And it’s a lot of money. 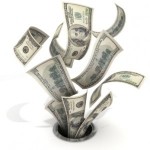 According to Forbes and Michelle McQuaid poor management is costing the U.S.
economy $360 billion
in lost productivity each year. Bad bosses can destroy your health, undermine your success and cost your employer money. Those are three pretty strong reasons to advocate for more courage when managing people.

Let’s face it, no manager does the job alone. The very basis of being a manager means you’re working with people. So let’s find ways to get better at doing this, and it starts with showing more courage and a willingness to figure out the best ways to manage the people who are critical to a manager’s success. When it comes to managing, one size definitely does not fit all. You don’t get to manage the way you want to manage, you have to manage the way your people need to be managed.